Empanadas need no introduction – popular especially in Latin America and Europe, as well as southwest United States and southeast Asia. Empanadas like pirozhki are little pies with different fillings such as cheese, potatoes, carrots and other vegetables, minced or chopped pork, beef or chicken, shrimp, zucchini blossom, fruits, etc., the fillings are endless but generally every region has their particular ‘go-to’ fillings. Usually fried in oil but sometimes are baked.

The dough also changes from region to region, like this time we used masa which we usually use to make tortillas. Instead of doughy they turned out crispy and were a perfect fit to the juicy flavorful meat stuffing with corn and tomatoes.

As I said, the filling may be different, depending on which region prepare empanadas. For example, even in Mexico, the filling can be varied depending on the region, it can be sweet with a pumpkin, sweet potatoes, fruits filling, or they can be stuffed with a meat, cheese, vegetables. Often, chicken and cheese empanadas are served for breakfast or as a snack. The dough for the empanadas in Mexico are prepared from wheat or corn flour.

In the Dominican Republic they cook their empanadas from wheat flour, but In Venezuela from corn, in Costa Rica they  use wheat or sweet plantain dough, and in Haiti with puff pastry. In Argentina meat empanadas are most popular accompanied with raisins, onions or boiled eggs. Also they put a fish filling to their empanadas or ham and serve them at parties or festivals. In Indonesia empanadas filled with tuna and chili peppers are popular and in Spain its common to find fish filling with tomato puree, garlic or onion sauce. Philippine empanadas are from meat with potatoes, cheese and raisins, with a thin
crispy crust.

By the way, if you have prepared empanadas in large quantities, you can freeze them like pelmeni or dumplings. First lay them out raw on a baking sheet and put in the freezer, then move the frozen empanadas to freezers bag for longer storage. When you’ll be ready to cook empanadas, just unfreeze them and cook in a oil.

The empanadas were absolutely delicious! 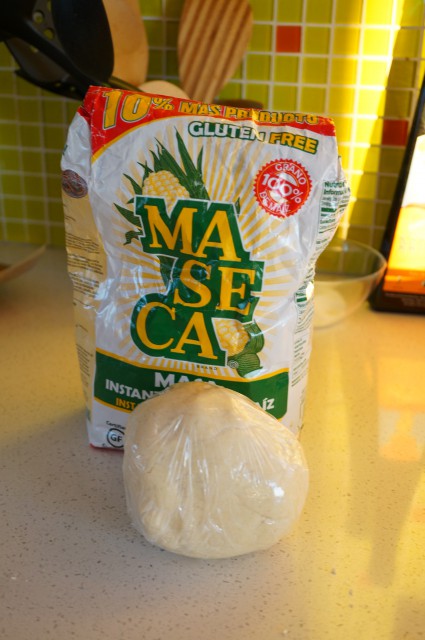 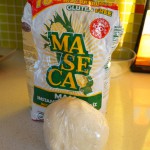 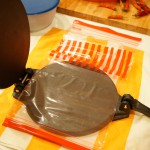 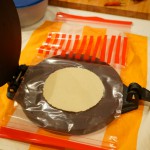 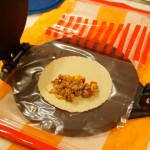 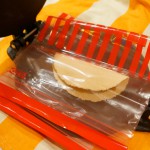 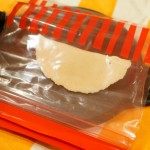 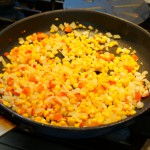 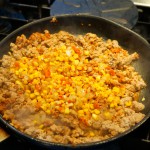 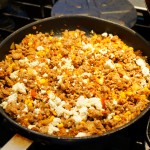 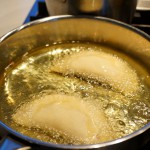 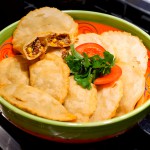 Empanadas need no introduction - popular especially in Latin America and Europe, as well as southwest United States and southeast …